Exams that are approaching can severely mess with our neurological systems and raise our stress levels. The stress might become unbearable when you include in having to memorise or recite voluminous amounts of information.

It’s always tempting to stay up late and consume traditional stimulants like coffee, sweets, and chocolate. Although they may offer some temporary relief, their long-term consequences may be detrimental and cause us to feel more worn out and worried. Fortunately, there are a few great herbal heroes you can try that will not only reduce stress but also enhance general cognition and Brain Boosting. Here are our top 5 herbs for sharpening the Brain Boosting: 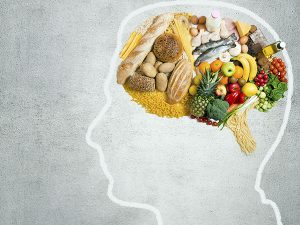 The benefits of this herb for the Brain Boosting and neurological system are legendary. Hindus refer to the universal awareness as Brahman, and the divinity Brahma is in charge of all the world’s “creative” energies. The term “energy” or “shakti” of Brahman is translated as “brahmi.” Brahmi has a lot to live up to given that its name comes from these roots, and it does. As early as the sixth century, Brahmi is mentioned in ancient Indian writings as being widely utilised to foster intelligence and alleviate mental illnesses. This plant increases blood flow to the brain, which benefits mental processes like memory by enhancing communication among brain’s nerve cells. By promoting protein synthesis in the brain and regulating the reaction of stress hormones, brahmi is also a protective agent for the brain that helps recovery from mental degeneration or damage.

When it comes to improving your ability to learn and remember information, brahmi is a fantastic long-term option. At least a week prior to the commencement of the tests, try taking this as a supplement in the morning.

Asia has utilised gotu kola for thousands of years as a meal and a medicinal. The “Sushruta Samhita,” one of the first Ayurvedic medical manuals, was written around 300 C.E. and claims that this plant can enhance attention, revitalise consciousness, and preserve youthful wit! Gotu kola increases blood flow to the brain, enhancing cognitive abilities like memory and concentration and shielding the brain’s tissue from oxidative damage brought on by free radicals. Because of this, gotu kola is useful for diseases like Alzheimer’s, stroke, and age-related degeneration. Intriguingly, the plant’s unique spherical leaves, which are sometimes described as “brain-shaped,” are in accordance with the “doctrine of signatures,” an old idea that medicines resemble the bodily parts they are intended to cure.

In terms of its physiological effects on the brain, gotu kola is extremely comparable to brahmi in several ways. However, strangely, gotu kola also improves skin quality and is therefore fantastic for people who suffer from stress-related skin breakouts. Therefore, if you notice that you develop a few extra spots or that your eczema flares up around exam time, this herb can be the ideal remedy. At least a week prior to the commencement of the tests, try taking this as a supplement in the morning.

Holy basil, sometimes referred to as tulsi, is a particularly special kind of herb. Hindus have worshipped it for countless years because they believe it to be an incarnation of the goddess Laxmi, who is associated with riches, success, and wealth. Tulsi is thought to clear the mind and promote mental clarity while also calming the nervous system, giving the adrenal glands time to recover after being worn out by stress, depression, or anxiety. It enhances adaptive energy, modifies the stress response, and nourishes the spirit. It is the ideal remedy for the stresses of contemporary life. It possesses adaptogenic properties that enhance the system’s reaction to physical, biochemical, emotional, and environmental stress, giving one more endurance and reducing stress. Due to its strong antioxidant actions, the brain is protected from deterioration and memory loss. The production of stress hormones is also balanced.

For those of us who experience extreme anxiety, panic, or depression due to impending tests or problems, tulsi is a fantastic remedy. The mental distress that can result from exam stress can be treated with tulsi. The additional advantage is that tulsi will boost the physiological operation of the brain while also supporting the improvement of learning and memory. Both short-term and long-term tulsi use is possible. If you want to calm your racing thoughts at night or when you start to feel a little apprehensive about the day ahead, try this delightful tea.

One well-known super-spice is turmeric. It works as an all-around antioxidant and anti-inflammatory and affects practically every physiological system. But how does this help the brain? Because of turmeric’s potent anti-inflammatory properties and antioxidant properties, the brain is extraordinarily well-protected. Additionally, it improves circulation, including to the brain, and cardiovascular health. As a result, it has the same capacity to boost general cognitive performance while also offering a high level of protection as brahmi and gotu kola.

Turmeric is a fantastic all-purpose ingredient that tastes great in food and tea but can also be taken as a supplement. It may be a fantastic option for people whose digestion becomes a little uneasy during periods of intense stress because it may also be quite healthy for the digestive system. Additionally, turmeric is well recognised for enhancing athletic ability by increasing blood flow and oxygen to the muscles and joints, which is beneficial if you use exercise as a way to relieve stress.

The same plant is used to make both green tea and matcha, but matcha is more potent. Both are abundant in antioxidants, which help shield the body from the harm caused by free radicals. Along with lowering stress and boosting alertness, green tea and matcha also include a number of chemicals that have been linked to bettering heart health. Due to the fact that both green tea and matcha are produced from the same plant as regular black tea, they both naturally contain caffeine. The difference between green tea, matcha, and coffee is that green tea and matcha contain a substance called L-theanine, an amino acid that interacts with caffeine and other plant-based substances to raise levels of serotonin, dopamine, and gamma-aminobutyric acid (GABA), all of which have a significant positive impact on mood. Additionally, L-theanine counteracts the effects of caffeine and aids in preventing the typical “crash” that comes with drinking coffee.

Matcha and green tea taste excellent and are a great substitute for coffee and energy drinks. In order to still get your energy boost while also boosting your brain, try to substitute at least one with a cup of green or matcha-based tea.