How dangerous is the virus?

There are three parameters to understand in order to assess the magnitude of the risk posed by this novel coronavirus: 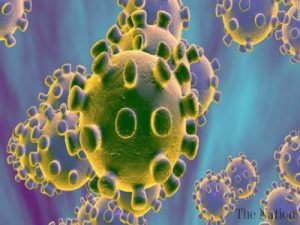 How contagious is the Wuhan Coronavirus? (Ro)

The attack rate or transmissibility (how rapidly the disease spreads) of a virus is indicated by its reproductive number (Ro, pronounced R-nougat or r-zero), which represents the average number of people to which a single infected person will transmit the virus.

Age and conditions of Coronavirus cases

Age, Sex, Demographics of COVID-19 Cases and Deaths
According to early estimates by China’s National Health Commission (NHC), about 80% of those who died were over the age of 60 and 75% of them had pre-existing health conditions such as cardiovascular diseases and diabetes. According to the WHO Situation Report no. 7 issued on Jan. 27:

199 Countries and Territories around the world have reported a total of 549,430 confirmed cases of the coronavirus COVID-19 that originated from Wuhan, China, and a death toll of 24,872 deaths.

The number of confirmed COVID-19 cases in Pakistan rose to 1,238 on Friday after more people tested positive in Sindh, Khyber Pakhtunkhwa and Islamabad Capital Territory.

The U.S. death toll from the coronavirus has hit 1,000, according to tracking by The Washington Post, a toll that is increasing at an alarming rate. The United States also surpassed China in confirmed, reported cases Thursday as the pandemic continues to slow in the place where it began. Worldwide, the number of confirmed coronavirus cases surpassed 500,000.

Here are some significant developments: