Presenting to you all an article written by a sex therapist on delayed ejaculation as he calls it retarded ejaculation! The writer of this article is Michael A. Perelman, Ph.D from N. Y. Weill Cornell Medical Center, New York, N.Y. USA

Pasting the article here as it is posted on https://www.issm.info/

Retarded ejaculation (RE) is probably the least common, and least understood, of all the male sexual dysfunctions. RE is one of the diminished ejaculatory disorders (DED), which is a subset of male orgasmic disorders (MOD). DED is a collective term for an alteration of ejaculation and /or orgasm that ranges from varying delays in ejaculatory latency to a complete inability to ejaculate, anejaculation, and retrograde ejaculation, as well as reductions in volume, force, and the sensation of ejaculation. The American Psychiatric Association’s Diagnostic and Statistical Manual of Mental Disorders (DSM-IV-TR) defines RE as the persistent or recurrent delay in, or absence of, orgasm after a normal sexual excitement phase during sexual activity that the clinician, taking into account the person’s age, judges to be adequate in focus, intensity, and duration. The disturbance causes marked distress or interpersonal difficulty. Similar to the term “premature ejaculation,” the most commonly used term—“retarded ejaculation”—is sometimes avoided because of its pejorative associations.

In general, RE is reported at low rates in the literature, rarely exceeding 3%. However, based on clinical experiences, some urologists and sex therapists are reporting an increasing incidence of RE. The prevalence of RE appears to be moderately and positively related to age, which is not surprising in view of the fact that ejaculatory function as a whole tends to diminish as men age. 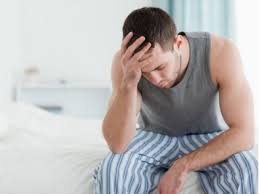 In some instances, a somatic condition may account for RE, and indeed, any procedure or disease that disrupts sympathetic or somatic innervation to the genital region has the potential to affect ejaculatory function and orgasm. Thus, spinal cord injury, multiple sclerosis, pelvic-region surgery, severe diabetes, and medications that inhibit a-adrenergic innervation of the ejaculatory system have been associated with RE. delayed ejaculation causes, radical prostatectomies (RP) can have a significant negative impact on the sexual function of the patient’s (and partner’s) quality of life. An adequate discussion of the impact of RP on orgasmic capacity is beyond the scope and focus of this article, but suffice it to say a major part of sexual experience and satisfaction has been missing from discussions of sexual rehabilitation following RP. Regrettably, to date, minimal data are available on the post prostatectomy orgasmic experience. While there are anecdotal reports of diminished sensation and pain, Barnas et al. described the only study providing statistics on the prevalence and nature of orgasmic dysfunction after RP. While admirable, this not-yet-replicated study’s sample size (N = 239) was exceedingly modest, given the enormous number of RP procedures performed annually worldwide. Nevertheless, sizable portions of men with RE exhibit no clear somatic factors that account for the disorder.

Pathophysiological causes of RE are far more readily identifiable; they generally surface during a medical history and examination, and they typically stem from predictable sources: anomalous anatomic, neuropathic, endocrine, and medication (iatrogenic). All types of RE show age-related increases in prevalence, independent of increased severity with lower urinary tract delayed ejaculation symptoms. Commonly used medications, particularly antidepressants, may delay ejaculation as well.

Multiple psychosocial explanations have been offered for RE, with unconscious aggression, unexpressed anger, and malingering recurring as themes. In addition, pregnancy fears have been emphasized, as professional referral has often been tied to the female partner’s wish to conceive. Masters and Johnson were the first to suggest an association between RE and religious orthodoxy, positing that certain beliefs limit sexual knowledge and familiarity, causing individuals to “not learn” to ejaculate, or experience an inhibition of normal function.

Recent clinical samples of RE men have noted a disproportionately large number of religiously orthodox/fundamentalist men. Some of these men had very limited sexual knowledge and
masturbated minimally, or not at all. Others, similar to their more secular counterparts,
masturbated for years, but with guilt and anxiety about “spilling seed” subsequently
resulting in RE. The role that religious orthodoxy/fundamentalism plays in the etiology of RE for some menvaries considerably around the world as a function of cultural differences.

Retarded ejaculation, then, is best understood as an endpoint or response that represents the interaction of biological, psychological, relationship and cultural factors.

A genitourinary examination and medical history may identify physical anomalies associated with ejaculatory dysfunction as well as contributory neurologic, endocrinologic, or erectile factors. Attention should be given to identifying reversible determinants including: urethral, prostatic, epididymal, testicular infections, and especially insuring the presence of adequate androgen levels. Particularly with secondary RE, adverse pharmaceutical side effects—most commonly from serotonin-based prescriptions—should be ruled out.
A focused psychosexual evaluation is critical and typically begins by differentiating this sexual dysfunction from other sexual problems and reviewing the conditions under which the man is able to ejaculate. The developmental course of the problem—including predisposing issues of religiosity—and variables that improve or worsen performance, particularly those related to psychosexual arousal, should be noted. Perceived partner attractiveness, the use of fantasy during sex, anxiety surrounding performance, and coital and masturbatory patterns all require exploration.

While a number of other partner-related issues may affect a male’s ejaculatory interest and capacity, two require special attention: fertility/conception and anger/resentment.

Regarding conception, the pressure of the woman’s “biological clock” is often the initial treatment driver. The woman—and often the man as well—usually meet any potential intrusion on their plan to conceive with strong resistance. If the urologist or other HCP suspects the patient’s RE is related to fear of conception, he may inquire about the patient’s ability to experience a coital ejaculation with contraception (including condoms) but not during “unprotected” sex. Such a “test” can serve as a powerful diagnostic indicator: if the RE occurs with high probability only during unprotected sex, the HCP can assume that conception is a primary factor causing/maintaining RE.

Whether related to fertility or not, the man’s anger (expressed/unexpressed) toward his partner may be an important intermediate causational factor and must be ameliorated through individual and/or conjoint consultation. Anger is typically a powerful anti-aphrodisiac, and while some men avoid sexual contact entirely when angry at a partner, others attempt to perform, only to find themselves only modestly aroused and unable to maintain an erection/and or reach orgasm. While the man’s assertiveness should be encouraged, the HCP should also remain sensitive and responsive to the impact of this change on the partner—the object of the newly expressed anger—and the resulting alteration in the couple’s equilibrium.

After natural remedies for delayed ejaculation. While anecdotally viewed by urologists as a difficult-to-treat sexual dysfunction, some sex therapists have reported good success rates, in the neighborhood of 70-80%. Furthermore, although this review has concentrated on the use of counseling methods, there are some medical treatments available.

A number of pharmacological agents have been used off-label to facilitate orgasm in patients taking SSRI antidepressants and other drugs known to delay or inhibit ejaculatory response. Although not approved by regulatory agencies for the treatment of RE, the anti-serotonergic agent cyproheptadine and the dopamine agonist amantadine have been used with moderate success in this population of patients. However, the lack of large, controlled studies with these and other ejaculatory-facilitating agents suggests a high ratio of adverse effects to potential efficacy. Appropriate assessment and consideration of androgen levels is a critical component of treatment. Penile Vibratory Stimulation (PVS) is a potential inexpensive and convenient first-line urological treatment to increase sexual friction and provide the stimulation necessary to restore orgasmic capacity for some who suffered from either a primary or a secondary RE. PVS has been used adjunctively, with discretion, by sex therapists for over thirty years to treat delays/inhibitions of both male and female orgasmic disorders. However, the urological evidence for using PVS, is almost exclusively fertility related; typically for spinal-cord injured men suffering primary RE.

Any technique that improves orgasmic response can be usefully incorporated into a combination treatment. Once proof of orgasmic capacity has been reestablished (PVS, for instance), follow-up sessions provide opportunity to increase the probability that orgasm may be evoked by a variety of stimulation techniques, depending on patient and partner preference. As research continues to uncover greater understanding of the ejaculatory process, the likelihood of finding pro-ejaculatory agents increases. As with PE and ED, should safe and effective pharmacological options become available for RE, treatment for this dysfunction will undergo a major paradigm shift, with combination drug and sex therapy protocols likely producing the greatest efficacy and best outcomes in terms of patient satisfaction.